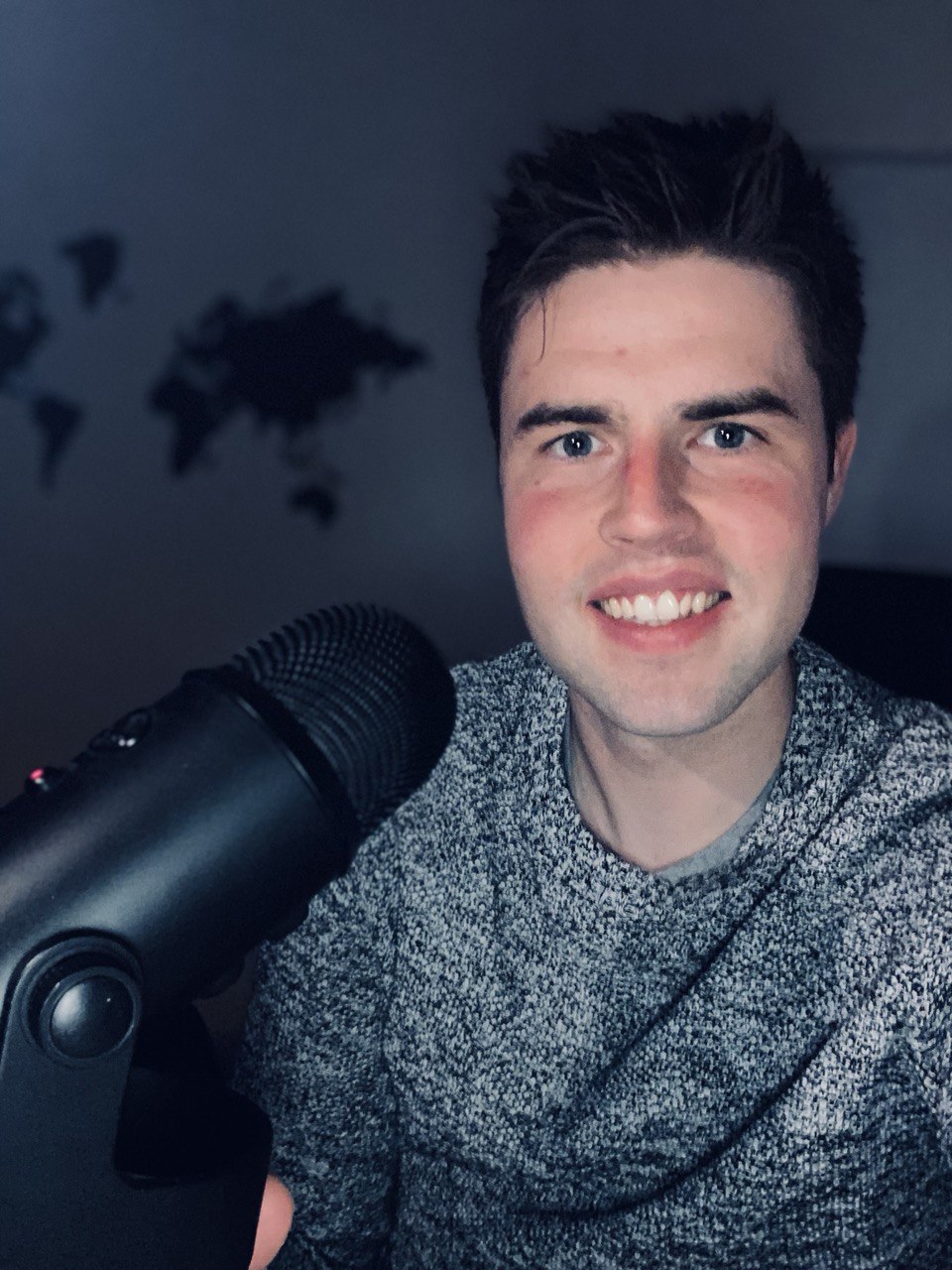 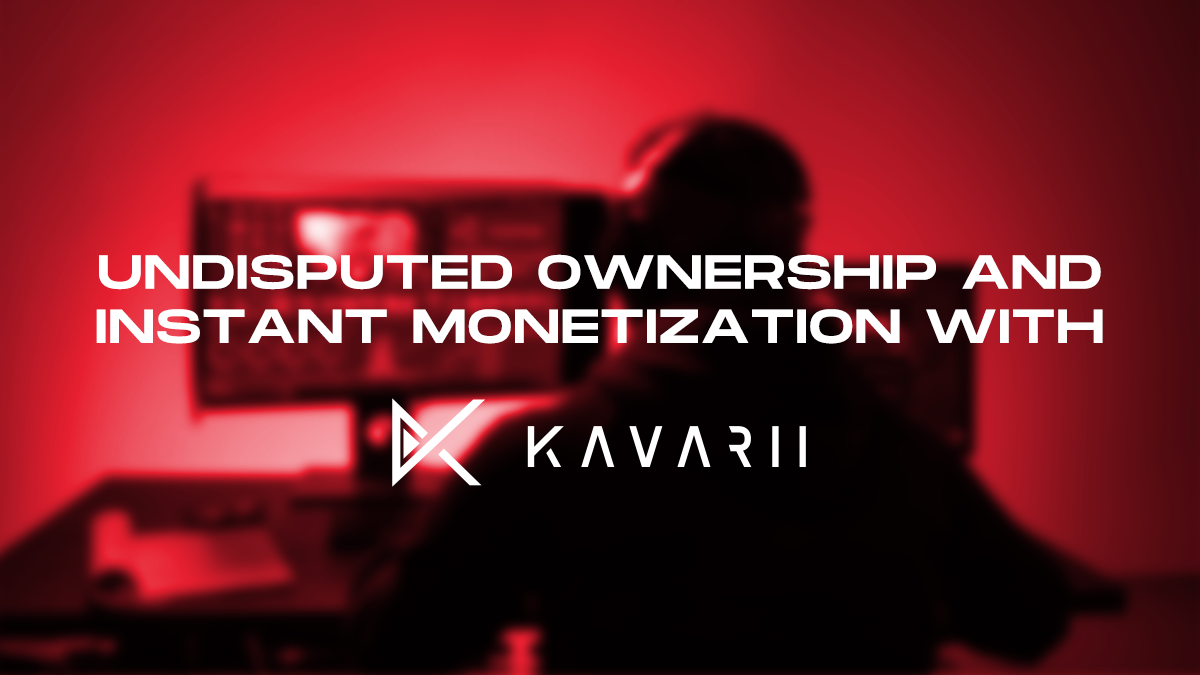 Kavarii is a P2P video sharing platform built on the Elrond Network. It leverages blockchain technology to bring revolutionary innovations to creators, chief among these are complete and undisputed ownership of your content through NFT technology and the ability to instantly monetize your content through the $KVRI token that powers the platform.

With Kavarii, you own your content, forever. Even if your content is removed from our platform, we cannot remove it from existence. Videos are minted as NFTs and their ownership is retained by your wallet, even when they are being shared on Kavarii. This also gives you ownership and control to remove your video from Kavarii and upload it on another video streaming platform if you choose.

On YouTube, it is difficult to retrieve a video once it has been deleted or removed from the platform, as the ability to recover videos is at their discretion.

With Kavarii, your video is yours, forever. The IP is the property of the owner of the wallet in which the NFT resides.

With traditional platforms like YouTube there are also size limitations to your videos based on their servers capacity to handle storage. Because the data is decentralized and stored by a network of nodes upon the IPFS. This also makes livestreams infinitely scalable. There is no central point of failure.

With Kavarii, there are no size limits to your uploads which grants creators even greater creative control and freedom of their content.

On traditional video sharing platforms, the content is centralized and controlled as their ultimate incentive is often monetization and profitability for the platform. Therefore content that is not popular or does not fit their business agenda is subject to possible removal. You can upload whatever you want, until you can’t.

Back in February 2018, Logan Paul's videos were demonetized due to his “pattern of behavior” that could cause harm to the reputation of the platform.. Logan Paul spent years building an audience on YouTube and Youtube were able to instantly revoke his chances of monetization because they didn’t agree with his behavior. This decision was later reversed but it is a scary precedent.

Even scarier, this year, Dan Bongino was suspended from YouTube for stating that masks are “useless” in stopping the spread of COVID-19. This was in line with the platform's arbitrary COVID Disinformation Policy that created an asymmetrical information flow heavily weighted to support certain agendas.

Twitch recently banned any form of gambling content after an ‘outcry’ from fellow streamers. Twitch streamer ‘Sliker’ apparently misled fellow streamers and fans to give him $200,000 which he then used to gamble. The streamers and fans were unhappy and persuaded Twitch to ban gambling content from the platform. There were no laws broken or terms and conditions violated, gambling just no longer suits Twitch’s business agenda. Therefore tough luck if you have been building an audience around gambling on Twitch.

With Kavarii there are no such concerns outside of outrightly illegal and inappropriate content such as pornography. The platform is governed by the DAO (Decentralized Autonomous Organization) and restrictions will all be algorithmic, through analysis of likes, dislikes and reports. Not only are the restrictions algorithmically based, the algorithms will be decided by the DAO, the Advisory Council and the Kavarii Abuse Program. The platform will be entirely community governed.

Users can instantly access monetization avenues from the first likes and subscriptions, through the $KVRI token.

This is a revolutionary concept when you compare it to traditional video sharing and streaming platforms such as Youtube and Twitch.

Twitch take between 30-50% of their users revenue and are only looking to increase that share. You could have invested time and money building a business using Twitch as a platform only for them to arbitrarily and abruptly cut your margins without warning. They also require all video creators that monetize to provide valid taxpayer identity information in order to comply with U.S. tax reporting regulations. You can only play on their terms.

The situation is similar with YouTube. When you upload a video to YouTube you grant them the right to monetize your content. However, users themselves are not eligible to apply for YouTube monetization until they have:

The above criteria can take years to build towards, yet can still be taken away in seconds. It is clear that creators' ability to both monetize and scale is at the mercy of the platforms and their policies.

Kavarii allows creators to monetize their content immediately through the $KVRI token that powers the platform and incentivizes both creation and engagement. The $KVRI token will be a publicly traded asset. It is paid to content creators with each like and subscribe. Kavarii will also introduce a unique tipping feature. All of these innovations combine to create the most attractive video sharing solution for creators looking to make a living from their content. The value from the attention the platform captures goes directly to the pockets of creators. No hidden fees or charges. Just creators and their communities connecting to bring value directly to each other.

● There is no data stored on our servers which means users can’t get their ‘data’ stolen or hacked.

● Users contribute directly to the maintenance of the platform through the Community Protection Platform that is directed by the DAO.

● Revenue is distributed directly to creators and users through the $KVRI token. There are no ‘platform taxes’

This is all made possible because Kavarii is built entirely upon smart contracts which function without any manual input or the requirement to collect data. The only data you need is your Maiar Wallet address. Kavarii doesn't need to collect user data, as we don’t sell advertising space on our videos, unlike traditional video sharing platforms who leverage your data to make money for themselves at the expense of their users' privacy.

The community governs the platform through the DAO, it is only through community governance that changes to the smart contracts that govern the algorithms can be made. Kavarii have created an innovative and revolutionary User Rewards Program to reward engagement on the platform. Kavarii supports users as well as creators. A true social platform where all who contribute are rewarded. Funds collected from the Report and Dislike functions get sent directly to the rewards program, and are then made available for users to claim as rewards based on the amount of engagement they have on the platform in the form of time watched, likes, dislikes, tips and more.

What could be possible?

Kavarii is in its infancy but we are building with speed. Our first priority is to get the core features of the platform functioning correctly at scale but after that, the possibilities of the platform are only limited by our creativity. Some thoughts include:

● PPV through the $KVRI token

There will only ever be 2,500 Kavariians.

Owning a Kavariian is the Golden Ticket to the platform. Holders will be granted extraordinary lifetime benefits in return for their early support.

The remaining Kavariians will be minting on the 30th of September 2022 for the price of 1 EGLD leading into the launch of Beta on Elrond Network Main net in October.